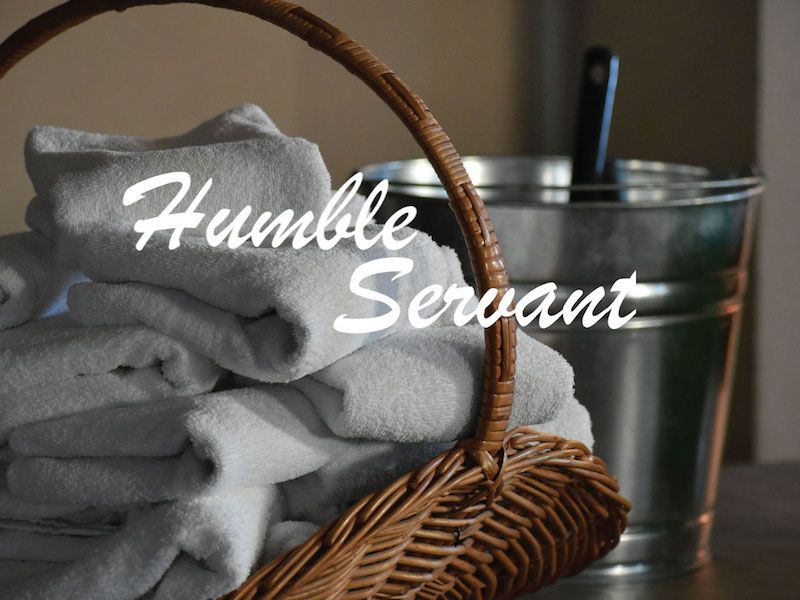 Written on January 26, 2022. Posted in Uncategorized. Leave a Comment

Last week I wrote about God providing those who follow Him with spiritual gifts that are to be used in building His Kingdom and for serving the world. These are gifts that God expects us to use, not just keep them under wraps. They are gifts like administration, mercy, hospitality, faith, giving, and many more. The one that I am going to focus on this time is one that most people either are afraid, or usually misunderstand more often because we have seen people in the past abuse this gift. It is the gift of evangelism, the gift of being able to share the love of Christ with those who do not believe in Jesus, that leads them into a new and lasting relationship with Christ.

In our current American culture so many are quick to use Christianity as a tool to get their way or to support their political agenda. Evangelism has become a word that many define as forcing someone’s belief on another person. It has led many good Christians away from being open and sharing their faith with people around them, for fear of being lumped in a cultural “category” they do not wish to be associated. When you use the word evangelism in many groups it becomes a negative label.

Maybe we all need to think about what exactly an evangelist is called to do, and that is to actually tell people that God actually care for them and loves them to the point of sacrificing a part of the God-self for them! They are the bearers of God’s good news, the knowledge that God ACTUALLY wants a relationship with us, His creation, even in spite of our brokenness, our messiness, our sinfulness and even our own personal hatreds. This is the ultimate good news! It means there is hope and that there is so much more to this life with Jesus, than without. The gift of evangelism is really an incredible gift, meant to directly impact the direction of lives.

While in Ecuador, that summer a few years ago, well more than a few! I met a missionary named Mark. Mark was incredible. He was very extroverted and would stop and talk to everyone he met. He was a very outgoing and friendly type of personality. I have shared earlier about how he made us late for a youth retreat because he was busy introducing several gas station attendants to Jesus. Mark had the gift of evangelism. He was not shy about his love for Christ, nor did the man ever try to hide it. He was always so warm, very disarming when it came to sharing his love for Jesus, and was just so personal that people would instantly warm up to him.

One day I was walking down the street with Mark and one other summer missionary and we came across this well-dressed Ecuadorian carrying a Bible. The summer missionary and I had come across this gentleman before. He gave this long sad story about his mother dying and he needed bus fare to get to her. She lived in another city. He knew we were gringos from the U.S. and we later found out that he was taking advantage of our Christian desire to help others in need. We did give him some money that day, but when we found out later that he was taking advantage of us, my friend got really upset and angry at this fellow.

So here we are walking with Mark down the street a couple weeks later and this guy does not recognize me and my friend and he starts talking to the three of us about a sister who is very sick and he needed money to go see her. We warned Mark before he approached us about our previous encounter, but Mark was going to be Mark, and he started engaging in conversation with this man. The conversation was all in Spanish, so me and my friend just sat there quiet and listening. By the end of their conversation, Mark had this guy on his knees on a sidewalk in Quito, praying to ask Jesus to be lord of his life! This was an actual God moment, because this guy eventually became a leader in one of the local congregations. He was not just saying the things he thought Mark wanted to hear, but was honestly committing himself to Christ, and the evidence was in the way his life changed. He found a job, got involved in a local congregation, and stopped trying to take money from people through his lying.

I know that not everyone has the gift of evangelism, but I do think that every follower of Christ does have an amazing story that the world needs to hear. It is a gift of hope and love that a Christian has already received that needs to be shared with people that do not know, or do not have the hope that we have. Figure out what your gifts are and use them to share God’s story with those around you. 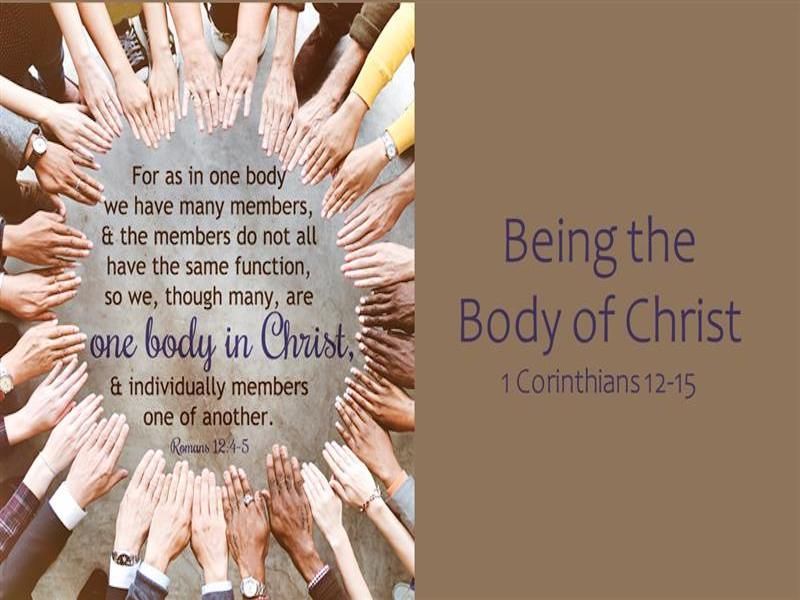 Being the Body of Christ – Guest Speaker Corey Gaston

Written on December 22, 2021. Posted in Uncategorized. Leave a Comment

Corey Gaston, author of Proximity: A Practical Devo to Bridge Chasms of Culture Between Communities of Faith and native of Harrisburg NC, is the Director of Discipleship at Christ Central Church in Charlotte, NC and a professor at Catawba College in Salisbury NC. He has served in full-time education for 14 years and in full-time ministry over 20 years!  Corey also serves on the board of directors for Make Your Mark Intl., a 501c(3) Non-Profit Organization whose focus is remedying systemic poverty cycles and providing educational opportunities to families and students in urban centers in the US, as well as in Addis Ababa, Ethiopia.

Corey has an earned Master of Arts degree in Organizational Leadership from Clarks Summit University, and a Bachelor of Arts degree in Biblical Theology from Freedom Bible College. Corey is currently writing his dissertation for his Doctor of Strategic Leadership degree from Liberty University on the topic, THE CHRISTIAN WITNESS IS AT STAKE: SOUTHERN EVANGELICALS AND THEIR RESISTANCE TO RACE AND CULTURAL RECONCILIATION. This work seeks to aid Christian leaders in strategizing ways to help them disciple their congregations in a more comprehensive fashion that helps strengthen the Christian Witness. Corey, a United States Marine Corps veteran, served his country faithfully prior to going to college where he met his bride, Laura. They have been married 20 years and have 4 children.

Corey has a deep passion to see God’s people live a life that exudes the full gospel of Jesus. His call is to create and cultivate “curious community” by building bridges of reconciliation so we can be credible witnesses of the gospel for the watching world. 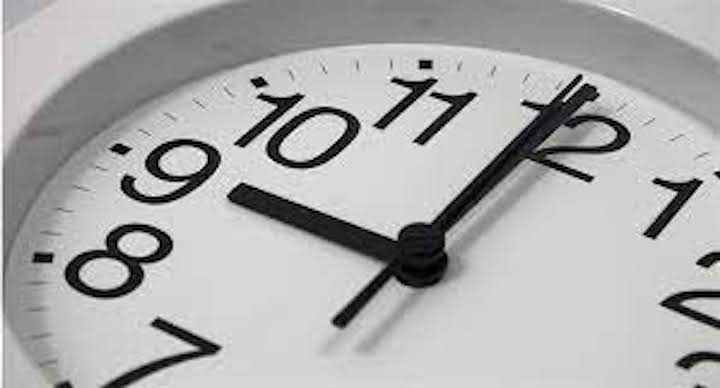 Written on April 5, 2021. Posted in Uncategorized. Leave a Comment

The huddles in front of us as we all learn what “normal” will look like as we emerge the pandemic can feel overwhelming.  When we focus too closely on what is right in front of us we can forget the help, perspective, purpose, hope, and power that surrounds us.  Join us this season as we lift our eyes and see Jesus alive and showing us the way to life. 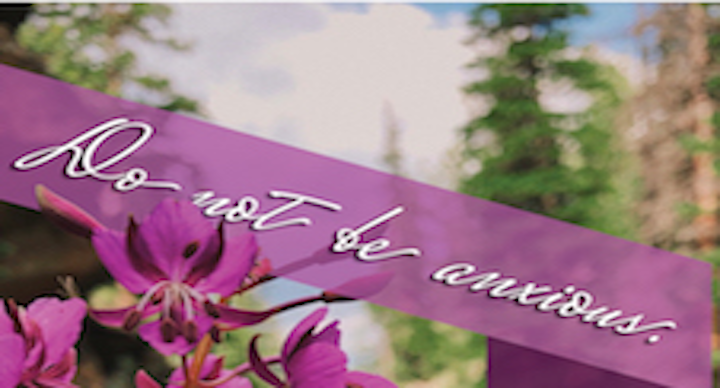 Written on March 27, 2020. Posted in Uncategorized. Leave a Comment

Before Covid hit, anxiety in our country had already been significantly increasing year after year. It is very visible in young adults trying to navigate their way into adulthood and post college employment. It is also prevalent in people living on the margins of our society, whether it be financially, culturally, or even racially. Anxiety is affecting more and more of our lives everyday. In our young people and even in our children, I personally have noticed increased levels over the past decade in working with the younger age groups.
There are different levels of anxiety, and there are different methods of dealing with it. The more severe cases can be treated with medication, while lower levels can be dealt with changes of habits, counseling or other means of mental or emotional therapy. Regardless, anxiety is on the increase and its results can turn day to day life upside down.
So, what does this have to with Jesus and the Scriptures? Well this week at youth group we took a look at Matthew 6:25-34, where Jesus preaches about not worrying. For many of us that is much easier said than done! Jesus’ point is that constant worry and stress drives us away from God’s purposes for us and leads us into shallower waters with God, because our attention is focused more on ourselves and on things beyond our control. Let me make it clear that Jesus is saying that we should not be in any way concerned about things like food and clothing, he knows we all need to be productive people and that we do need to have responsibility for our own well-being. What he is trying to tell us all is that there is much more to life than worrying ourselves sick over things that we need to simply trust God for and even trust ourselves to be able to overcome.
Jesus is reminding us that we are an important part of God’s incredible creation. God loves and cares for all of His creation, and just as He cares for the birds of the air, then how much more will He care for us, humanity, created in His own image?? We get so caught up in ourselves and in our own pursuits that we move ourselves out of that communion with God. There is so much more to this world than to be constantly worrying about things we have no or very little control over. Be concerned about yourself and be responsible for self-care, but also look toward God with your needs and concerns. Maybe what you really need to get you out of your worry rut is already there waiting for you to take your eyes off of yourself and look deeply into the eyes of the one who loves you the most!
Pastor Richard 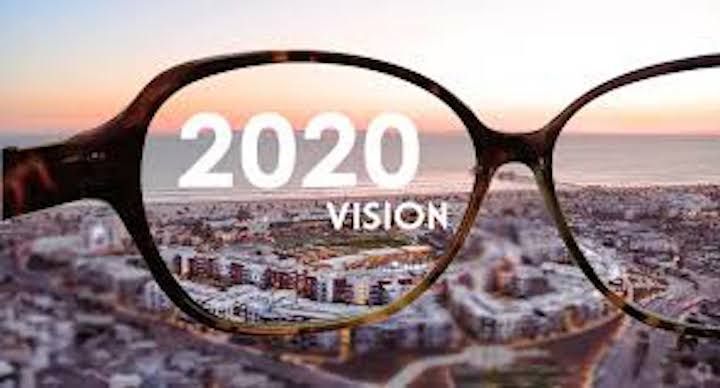 Written on December 27, 2019. Posted in Uncategorized. Leave a Comment

It’s the start of a new year and an opportunity get your vision checked and corrected by God so you can see more clearly and live more faithfully in 2020.

(All Full Members may vote)